Now that the New Year has begun, I am finally excited to see what 2019 has in store for me. To be honest, I have been kind of dreading all of the changes that the New Year may bring; I know that change = growth, and growth is not only necessary but also good.

The issue is growth is scary.  In 2019, I will complete my Specialist degree, apply to a doctoral program, and attempt my third round of IVF (all while working a full-time job and raising a high school senior). Each of these ambitions are very costly and extremely challenging. I also feel guilty that my own selfish dreams take away time, money, and resources from my family.

I am kicking off 2019 with IVF, and it is one of my resolutions to chronicle the entire process in real time by blogging every raw moment of our Hail Mary attempt to have a precious baby.

Everyone is so kind to compliment me and tell me how strong I am to be able to handle my infertility challenges, but most of my friends and family only see the pre-IVF and post-IVF side of me who relatively has it together; the mid-IVF Krystal is incredibly stressed, anxious, and emotional (which can’t solely be blamed on all of the hormones).

To be honest, I am not as optimistic as everyone thinks. I am 28 years old and have undergone two IVF cycles that have not been successful, and none of my doctors know why. My biggest fear is that this cycle will end just like the others (without a successful pregnancy and with no embryos to freeze). My fears are exhausting. I am trying to remain positive, but it is hard to stomach that the $23, 983 that it will cost for treatment for this cycle (+$6,000 in medications + $3,000 for travel) could be spent in vain.

Despite my endless woes, God never fails to show up and show out. I am witnessing the miracle of pregnancy and new life all around me. I believe that God is showing me to have faith and trust Him more now than ever.

Regardless of what the outcome of this cycle will be, I am just thankful that we have the opportunity to try again. God has opened up all of the doors to point us in the direction of Dr. Schoolcraft, and I know that if this is going to work, CCRM is our best shot.

My IVF calendar began on January 3rd. I have been eating healthy, working out, and I have not had coffee in over three months. Isaac & I are still taking the slew of supplements that are preparing us for this cycle. Tomorrow will be Cycle Day 10, and I will begin testing my urine every morning to capture my luteinizing hormone (LH) surge.  I will begin the priming phase of the cycle by taking Estrace (Estrodial) 2 mg two days after I have ovulated, and I will continue this dosage until Day 2 of my next cycle. Then, I will have an ultrasound/labs on Cycle Day 3 to determine if I will start the stimming meds on Cycle Day 4.

I ask for prayers as we continue this journey!

All of my best,

I have played the moment Dr. Batres, my Reproductive Endocrinologist (RE), said, “you are infertile” a thousand times in my head. I was honestly a little mad and frankly offended that he even had the audacity to speak to me that way. How dare HE?

Dr. Batres broke the news to me after a routine hysterosalpingogram (HSG) in 2015 which showed that both of my fallopian tubes had a bilateral distal blockage (meaning both of my tubes were blocked, so it would be impossible for natural conception to occur). At the time, he did know the cause of the blockage (which can be caused by Endometriosis), but we would later find out in my unique case that the blockage was caused by a birth defect, which is something he had never seen before. Because both of my fallopian tubes were blocked, Dr. Batres informed me that my next step would be to have surgery to either unblock them or have them removed (and move to IVF).

There are no words to describe the devastation I felt after I received what felt like a death sentence. I was at the hospital by myself, and I honestly did not think I could go home to face my husband. I was ashamed. I felt so useless and like such a failure (failure is not something I handle well). Ultimately, I could not face the fact that my body or I would be the cause of breaking the hearts of everyone around me (especially Isaac) if I could not naturally bear a child.

I wish I could lie and say I handled the news with grace; but, my heart and dreams were shattered that day, and I have never been the same since. I was so sad and angry that I literally cried, screamed, and questioned God the entire two-hour-long drive home from Little Rock. How could He let this happen to ME? Am I not a good and faithful servant? Why do I deserve this? I honestly felt like God was punishing me for something I had done, or not done, or would do.

It took a couple of weeks for me to get over my little hissy-fit before I became rational and realized that I was not being punished. I began to pray that God would give me the peace and strength I needed to get through this seemingly impossible time, and He did.

The Sunday following my HSG procedure, Bro. Don Phillips preached about Genesis Chapter 22 when Abraham’s faith is tested by God.

Abraham & Sarah waited and prayed for years and years for a son, and God blessed them with Isaac. And, when God called for Abraham to sacrifice Isaac, Abraham proceeded to fulfill God’s will even though he did not understand why.

This sermon resonated with me for all of the obvious reasons, but something more significant stuck out to me that day. God sacrificed his one and only Son for all of us, and I know that any amount of pain that I feel will never compare to that.

I truly believe that God is intentional, and He knows our needs and wishes before we even consider them. I have not made an A+ on this test, but I know now that God has given me all of the tools of faith necessary to endure it.

My life as a parent today is not at all how I pictured it would be when I found out I suffered from infertility, and I thank God for that every day. Many of our friends and family do not believe that we deserve to have to endure the pain of infertility, but I know that the test is necessary because it has led us to Hayley. Without these trials, we would not have been blessed with such an incredible gift!

Even after undergoing a year of treatment with Clomid and Letrozole (which made me CRAZY!) that preceded two (unsuccessful) rounds of IVF, Isaac & I are still willing to endure the battle of infertility in order to grow our family. Even if every round of IVF fails, and we have $0 in our savings account, I know that it is all a part of God’s plan for our lives. Every success and every failure is shaping us into the people He intends us to be. 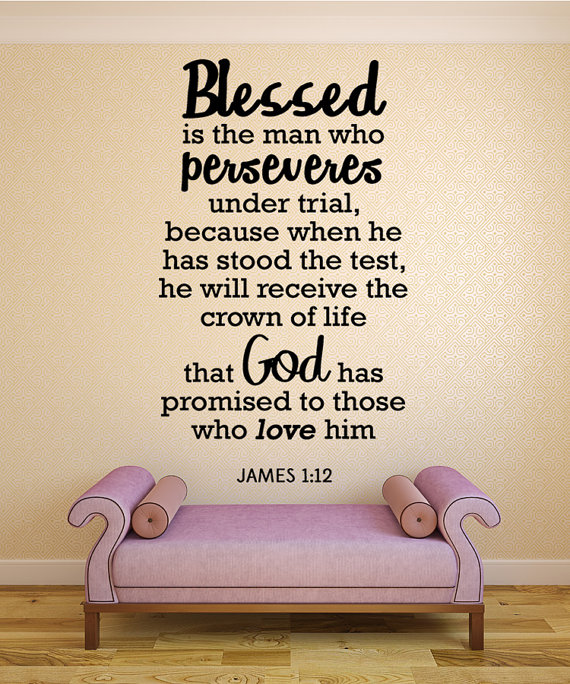 I have dreamed of being a mother since I was a little girl. As I grew into an adolescent, I had many conversations with my girlfriends about our plans, dreams, and expectations of motherhood. My biggest goals were to go to college, marry my high school sweetheart, rock my teaching career, and buy a house before I started a family. Being as headstrong and determined as I am, I worked hard and exceeded every single expectation I had for myself. After I married the love of my life, graduated college, landed my dream job, and bought a house, I assumed starting a family would come just as easily; but it hasn’t.

Infertility is especially painful to experience when all of your cohorts are birthing babies left-and-right. The extent of my infertility did not really hit me until one of my best friends had her tubes tied. I did not have the heart to tell her the amount of envy that I felt. Not only was she able to successfully get pregnant and carry two healthy babies to term, but she was choosing to potentially end her reproductive years before I could even begin mine. Although I was super supportive of her decision, I couldn’t help but feel sorry for myself.

Now that my 28th birthday is creeping up in a few weeks, all I can picture is my Clock-of-Chance ticking away. Isaac & I have decided to start saving for IVF again. Hopefully, we will be able to begin our third cycle this fall. After the heartbreak of the last cycle, I was not sure that I could handle another round. No one can ever understand how taxing the emotional, mental, and physical effects of IVF are unless they go through it themselves. All of our family and friends are incredibly supportive, and we will be forever grateful for their love!

Despite the million+ emotions we have experienced throughout this journey so far, God has more than exceeded our expectations. God’s timing truly is perfect. I am embarrassingly impatient, so I have to remind myself of that daily.

Although we have not had a successful IVF cycle (yet), our Little (17-year-old) Hayley would not be here if I wasn’t born with pathetic reproductive organs. God answered our prayer to become parents when He placed her in our lives. Somehow, God knows what we need even when we think we have all of our wants figured out. I am so incredibly thankful for the blessings of this struggle!